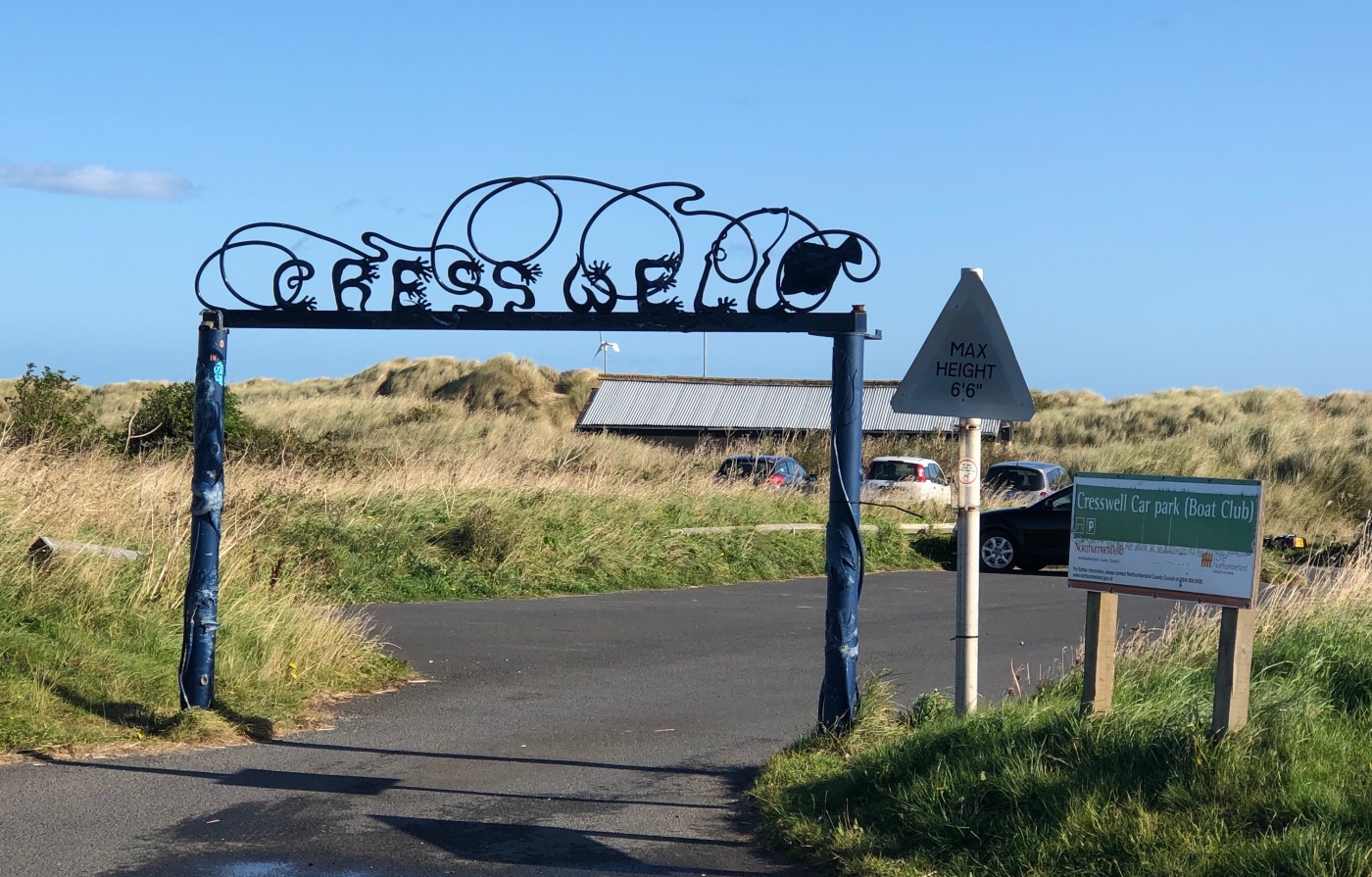 So great plans always go awry. My intention of leaving on September 10th was scuppered by a hellish migraine which kept me in bed until early afternoon. But in the end it worked out well, gave me a little more preparation time and we got away the next day, leaving Cresswell just after 10. As I had already booked a campsite in Edinburgh for Wednesday night, this gave us a lot of miles to cover on Day 1 and we rather rattled through Northumberland (so I may revisit at the end of the trip).

But we had lovely walks at Bamburgh and Low Newton by the Sea, before we crossed the border into Scotland. After 136 miles we finally arrived in Edinburgh just in time for the campsite.

We had a rather disappointing walk on the Fife Coastal path – half of it was through housing estates (albeit up market ones!). But we got great views of the Forth Bridge (although Otter did not think much of the photo opportunity!) and stretched our legs through the drizzle.

Our park up tonight though is exquisite. Kingsbarns – a free car park practically on the beach. It even has a little cafe where I got a hot chocolate after playing on the beach.

I am learning a few things so far on the trip. Most importantly, it seems that official Coastal Routes do not always follow the coast. Today we have been on the Fife Coastal Route and for a good part of it, the sea was nowhere to be seen!

I naively thought it would be relatively easy to follow the coast – just keep the sea on my right and job done. Not the case! But we are doing our best – balancing keeping as close as we can with sticking to roads passable by Wolfie and not too deleterious to Martha’s stomach! (So far so good on that front).

So far I haven’t got very far with video or editing – I will perhaps do a video a week with highlights. But I’ve included some photos here so you can see what we are up to.

10 thoughts on “Days 1 and 2: Northumberland and South East Scotland”